Tech is moving at a faster rate than at any other point in human history. 2018 is set to be another bumper year for tech, and even small businesses and consumers must be aware of the changes that are coming.

Tech guru Dennis Scott Carruthers has examined the current state of play to determine the top tech trends that will come to define the year ahead.

Artificial Intelligence Will Be the Driving Inspiration for New Products

Carruthers estimates that companies that fail to adapt will get swallowed up. And he predicts that there could be some big names in that.

“Much of tech all boils down to algorithms”, says Carruthers. What you must understand is that this is the core of most of the changes we see and experience. Take Google’s algorithms for ranking pages intelligently. It has changed the way businesses big and small reach their audiences.

And 2018 could very well be the year where other companies achieve success of similar magnitude in algorithms. Carruthers currently predicts that this will be the company that manages to create a fully autonomous vehicle.

He believes that 2018 could be the time for virtual reality to take its next big step towards communal virtual reality. No longer will these devices be for individual use only. Communal experiences within a virtual reality open this technology up to all possibilities.

Blockchain Will Mean More than Bitcoin

For example, it could be used in the voting system to reduce the risk of fraud and manipulation. That could be the end of the paper ballot and a fully electronic voting system.

It’s just one of the many possibilities on the table.

Carruthers says that our need for data is countered by our need for privacy. The big data analysis market alone is worth $203 billion. To fully capitalize on this, it’s businesses that need to acknowledge that privacy is a serious concern.

Low-fi sensors are the answer. They’re the answer to getting the data businesses need without becoming intrusive.

Tech is getting smarter and it’s becoming even more integrated into our lives. Carruthers believes that 2018 could be the year that defines the next decade of tech. That’s where we are right now.

Do you believe there are any other trends Carruthers hasn’t mentioned? 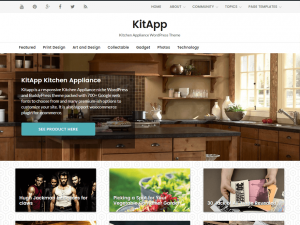