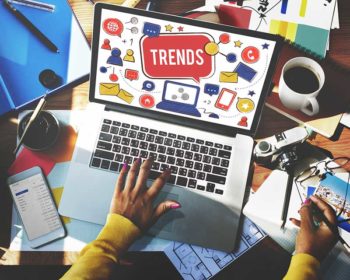 Social media comprises the form of digital marketing that is experiencing the greatest dynamics in its industries. Occasionally a leading-edge technology vicissitudes the social trend or old ideas like virtual reality are gaining viral prevalently. Whichever case, the outcomes continuously gain massive influence and this year (2017) would mark no big difference. The following are the trends associated with social media which would apparently dominate 2017;

Extra attention on social networks more than social networking is apparent when a debate on social media exists among people. That’s appealingly odd, seeing that social networks are the less wide prevalence of user’s community than the messaging apps. In fact, Facebook Messenger, WhatsApp, WeChat and Viber collectively exhibit more followers when compared to the big existing networks like LinkedIn, Instagram, Twitter, and Facebook.

Another apparent trend is concerning the millennials who prefer a communication form that involves SMS and Over-the-top messaging. 62% of the millennials involved in this research show loyalty to brands engaging them with these channels and by the end of this year, an estimate of 2 billion users would participate in messaging via OTT apps. The reason for this is that Millennials would prefer transparency, collaboration and a personal touch which one-on-one communication permits.

Based on this, there is an expectation that businesses would take advantage of social media platforms which base on messaging – they would use click ads that would take the viewer to store’s branded chatting window. More efforts are expected as more brands are realizing the worth that social messaging has equated to the regular social networks.

The trend planned for 2017 is to regulate news and curb the fake ones out of social media. Each year, an enormous amount of people, especially the millennials, change to social media and the internet as the chief source of news instead of television. Consequently, the rise of “fake news” which originate from sites associated with deliberate publishing and circulation of incorrect information concerning present events.

For instance, in the past year US presidential elections, the fake news was disseminated about the candidates through Twitter, Facebook among other platforms. A promising future which has commenced by the act of Facebook that involves taking steps to curbing fake news from being available through their site. Advertisement from such “news outlets” are currently not permitted by Facebook.

Also, Germany regulatory agencies are forming legislation that would fine all social media websites which contribute to the proliferation of fake news.

The basis of YouTube is capturing real videos, and the current trend of social media is to take this foundation to the next level through posting real-time content. Streaming videos live exhibited first by Twitter periscope, and currently, Facebook has adopted the trend by launching it. More than other content formats, social videos are very engaging and contribute to the tremendous Facebook growth. Mind you, news is now inclined to cite Facebook Videos as the source of covering their major events and news. Even Instagram is taking the trend of live video, and many Millennials love it hence we wouldn’t expect the trend to slow down at the end of this year.

All the above studied trends are definitely contributing to DGreat Solutions industries. The social messaging platforms would be one of the considerations that businesses would look upon to advertise. Live video would be source for marketers and news collectors and would also contribute to a growth of digital marketing by the end of 2017.