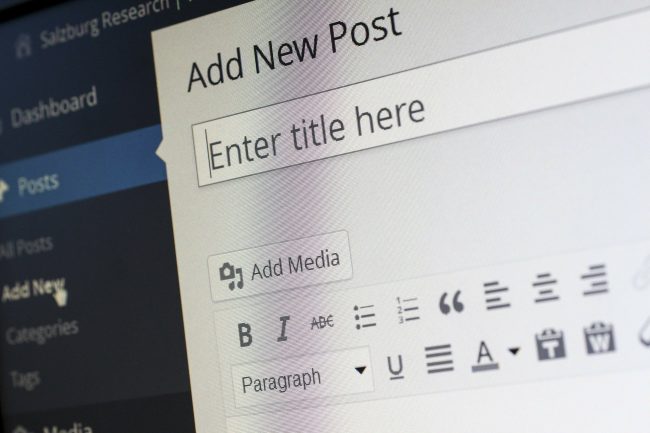 Learning how to use WordPress is all well and good, but what are you actually going to do with it once you’ve mastered the basics? How will you apply your new knowledge and skills? There are thousands – perhaps even millions – of people out there who’ve taken the time to familiarize themselves with WordPress as a website building tool but have then walked away from it after realizing that they didn’t have a practical use for it. That’s a shame because it means the time has been wasted, and then skills are lost as people forget them.

You don’t have to be a businessperson in order to get joy and benefits out of a WordPress blog, and nor do you have to be a blogger (even though that’s basically how the platform got started). Almost anyone should be able to find a practical way to employ their WordPress skills, and you never know what might come next after that. If you build something that other people enjoy, it might turn into a whole new career for you, even if that wasn’t your intention when you set out learning!

If you’re stuck for ideas about what to build with WordPress, we’re happy to help out by pitching a few. Here are five WordPress website ideas that might not have occurred to you before.

While this might seem like a bizarre idea if you’ve never come across one before, confession blogs get enormous attention on social media. The biggest of them at the moment is probably “Fesshole,” which features remarkable (and probably sometimes made up) confessions from members of the public and recently went viral, but they’ve worked as an idea since the days of Whisper. The most attractive thing about this idea is that it’s incredibly easy to set up. All you need is a submission form and automated publishing, or manual publishing if you’d like to vet submissions before they’re published. If your simple site manages to find an audience, you could soon be attracting a new income through advertising placements and sponsored posts!

You don’t need to start a business of your own to make money on the internet at all. All you need is a webpage and some marketing knowledge, and someone else will give you all the tools you need to succeed. This, in a nutshell, is how much of the online slots industry works. Very few companies actually publish and distribute online slots, but the plethora of sites that offer them generally agree on franchise deals and take a cut of all the money that’s spent on them. That means you could be in line for fantastic amounts of passive income so long as you know how to drive traffic to your new site. We’ve used the example of casino games because they’re a booming industry at the moment, but the same is true of almost any web-based business that operates a franchise model.

The world of work is becoming ever more digital, and there’s no reason for employers to sift through mountains of paper resumes when they’re looking for new candidates anymore. There’s also no need for you to contribute to that mountain of paperwork. You could put your resume online instead, and you could use WordPress to do it. That way, you can send potential employers the link and reap all the benefits of having an interactive resume rather than trying to squeeze as much information as possible into one or two pages and ending up with a cramped format. The idea of making resumes work in the digital age isn’t a new one, but so few people do it that it’s a good way of making yourself stand out from the crowd and telling a company that you have a different mindset from the people you’re competing against for a role.

Not everybody is on Facebook, and not everybody should be able to look at all your private photographs. We’ve become so accustomed to uploading our pictures to Instagram, Facebook, and other websites and editing them as we go that we’ve forgotten that there are alternatives. When you upload pictures to Facebook, you’re constrained by the platform’s preferred file formats and sizes, but if you had a WordPress site for posting pictures onto, you wouldn’t have to worry about any of that. Create a central hub for your family and friends to post their pictures onto, and you’ll never have to worry about your old snaps becoming forgotten in a dusty album on a shelf ever again!

Almost every business likes the idea of being able to publish a press release when they have something to announce, but most mainstream news outlets won’t carry them if the business in question is below a certain size. You can help with that by making a dedicated press release website and accepting submissions from whoever you like. You might never become the new PRNewswire, but that isn’t the point. When you publish press releases, the company in question will link to them on their own website and social media. That drives traffic to your site and makes it more likely that others will come to you for the same service in the future. Before you know it, you’ll have a busy website – and busy sites attract money so long as there are a few well-placed articles on there. Once your site is in demand, you could even consider charging a small handling fee!

None of these ideas are likely to change the world, but that isn’t the point. They’re all simple ways to take the things you know about WordPress and turn them into sites that don’t demand much in the way of upkeep or maintenance but might provide you with a side income, or even a full income! Don’t let your skills go to waste if you’ve taken the time to learn how WordPress works. Put them to good use, create something you’re passionate about, and reap the benefits.

https://www.magpress.com/blog/five-wordpress-website-ideas-you-might-not-have-considered/https://www.magpress.com/wp-content/uploads/2021/01/Five-WordPress-Website-Ideas-You-Might-Not-Have-Considered-650x433.jpg2021-01-13T12:28:03+08:00Ronald Learning how to use WordPress is all well and good, but what are you actually going to do with it once you’ve mastered the basics? How will you apply your new knowledge and skills? There are thousands – perhaps even millions – of people out there who’ve taken the time to familiarize themselves with WordPress […] Ronaldhttps://www.magpress.com/author/admin/Ronald KSYrksy81@yahoo.comAdministratorDedicated and full hearted web developer and website admin for MagPress.com.MagPress.com