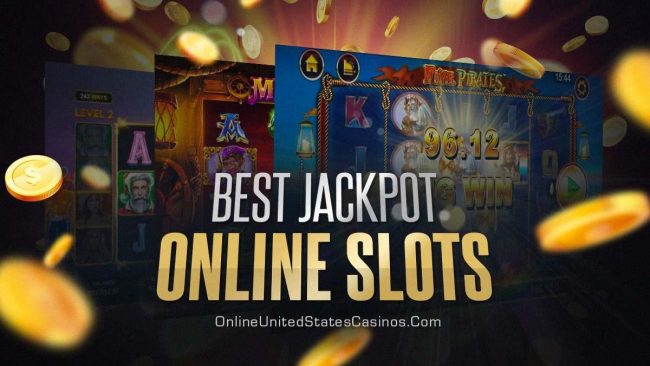 Slots rule the online gambling landscape. There is no arguing that. The kings of this genre are progressive games whose massive payout increases each time they produce a losing spin. All the money bet on their reels accumulates until Lady Luck smiles upon one lucky player who wins the whole enchilada, filling his pockets with enough dough to last him a lifetime.

While progressive physical machines have been around for decades, their internet iterations showed up in 1999. It took some time before they established themselves as this sector’s premium betting option. Adoption was slow because, in the first few years of their existence, they featured uncompetitive rewards. At least when compared to those available in the land-based sphere. Today, things have evened up, and progressive online reel-spinners are super competitive with their physical counterparts. Thus, we have decided to do a quick dive into the five most-played jackpot slots on the World Wide Web. Continue reading to find out more about these titles and how much you stand to win if you dare bet on their reels.

When discussing jackpot slots, there is no skipping Mega Moolah, the internet’s number one millionaire-maker. It hit online casinos in 2006, and over the years, this rudimentary jungle-themed game has earned a reputation for cashing out life-altering prizes. The current Mega Moolah record stands at $22 million, won on its Absolootly Mad variation in April 2021. The most the classic Mega Moolah slot has ever churned out was a win worth $21.9 million. On average, this slot produces prizes worth $9.9 million every 41 days or so. If you are not playing to hit its jackpot, then Mega Moolah is not worth your time, as it is a medium variance slot with an RTP of 88.12%.

While Mega Moolah is the best Isle of Man online gambling giant Microgaming offers, Sweden’s NetEnt deluxe jackpot slot is Mega Fortune. It can provide what its name suggests, colossal wealth to those the universe chooses to gift. There is nothing too exciting about this spinner except its jackpot reward. It is pretty much a basic five-reel, three-row, low variance slot where winning combos happen left to right on twenty-five paylines. Mega Fortune made headlines in 2013 when it gave away a win of $20.6 million to a player from Finland. However, that sized prize is a rare exception for this slot, which usually yields rewards worth around $3.8 million every three months.

WowPot Mega is a super underrated progressive monster of the online gambling sphere. It offers a four-tier jackpot with a seed of $2 million. That means that at no time can it feature a jaw-dropping prize less than this figure. WowPot Mega is likely unattractive to modern players or those who want a great deal of interactivity, given that it uses an elementary 3-1 layout and outdated graphics. Those only interested in hunting for riches do not seem to mind these, as WowPot Mega’s jackpots hover in the $5 million range, and statistically, they hit every 70 to 80 days.

While Mega Fortune is responsible for NetEnt’s most massive win of all time, Hall of Gods is the company’s most highly publicized jackpot slot. It appeared on the scene in 2013, boasting a low to medium variance and a default RTP of 95.3%. It is a Viking-themed romp that is visually more appealing than the three previous listings. Of course, that is due to its age and that it also aims to appeal to regular reel-spinning enthusiasts. Bet sizes on Hall of Gods range from a penny to $100, making it suitable for pretty much all online gamblers. The most Hall of Gods has ever paid out is $9 million, but those who play this game hoping to win such a prize should have more modest expectations, as it usually supplies megs wins around $1.5 million every six months.

Realtime Gaming is one of the unsung heroes of the interactive gaming space, a company whose business plan consists of predominately creating slots that cater to American players offering them to Costa Rica and Curacao-based sites. Realtime Gaming or RTG got established in 1998 in Atlanta, Georgia, moving its operations to Costa Rica some ten years later. They do not have a tremendous selection of jackpot games in their portfolio. Their standout title in this category is Aztec’s Millions, which hit online casinos everywhere in 2015. Presentation-wise, this product is super unappealing, but it consistently spits out prizes above one million. On occasions, it has even cranked out wins above $3 million.

Shelly Schiff has been working in the gambling industry since 2009, mainly on the digital side of things, employed by OnlineUnitedStatesCasinos.com. However, over her eleven-year career, Shelly has provided content for many other top interactive gaming websites. She knows all there is to know about slots and has in-depth knowledge of the most popular table games. Her golden retriever Garry occupies most of her leisure time. Though, when she can, she loves reading Jim Thompson-like crime novels.

https://www.magpress.com/blog/best-jackpot-online-slots/https://www.magpress.com/wp-content/uploads/2021/11/Best-Jackpot-Online-Slots-650x366.jpg2021-11-12T22:44:57+08:00Ronald Slots rule the online gambling landscape. There is no arguing that. The kings of this genre are progressive games whose massive payout increases each time they produce a losing spin. All the money bet on their reels accumulates until Lady Luck smiles upon one lucky player who wins the whole enchilada, filling his pockets with […] Ronaldhttps://www.magpress.com/author/admin/Ronald KSYrksy81@yahoo.comAdministratorDedicated and full hearted web developer and website admin for MagPress.com.MagPress.com

← Newer Post
Blue on the Bay Condo: Why Is It Worth Your Attention
Older Post →
3 Tips For Increasing Your Online Visibility