Everything you need to know about cryptos 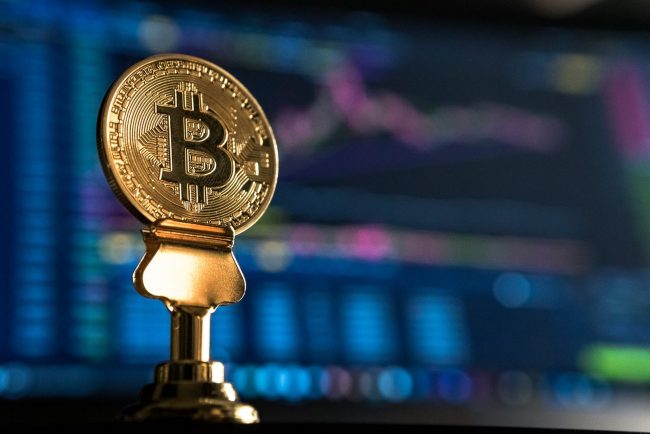 Unless you’ve been living under a rock, you’ll probably know that cryptocurrencies are taking off in a big way. Bitcoin (BTC), Bitcoin Cash (BCH), Ethereum (ETH), and Ripple (XRP) have all hit record high prices in recent months.

As attitudes towards cryptocurrencies begin to change, we can naturally expect interest in cryptos to increase accordingly.

Given the high rates of return on investment, even the most casual of investors have begun looking into cryptocurrencies.

But as any savvy investor will tell you, it’s always better to understand what you’re investing in. So with that in mind, let’s take a look at some basic cryptocurrency concepts.

You’ve probably heard this term being thrown around by crypto enthusiasts but have no idea what it means.

The term decentralized means that cryptocurrencies are not issued by governments or respective monetary authorities.

For example, the U.S Dollar is printed and distributed into the economy via the Federal Reserve. On the other hand, cryptocurrencies such as Bitcoin are obtained via a process known as mining.

Instead of a pickaxe, miners use high-powered computers to solve complex mathematical equations. In return, they are rewarded with Bitcoins which can then be immediately used.

Unlike the U.S Dollar, you won’t be arrested for creating new Bitcoins. However, Bitcoin mining extremely resources intensive and requires massive amounts of electricity.

Also, there are only 21 million Bitcoins that will ever be mined. This means that Bitcoin has a fixed supply. After 21 million coins are mined, no more new Bitcoins will be released.

Cryptocurrencies Are Not Anonymous

Contrary to popular belief, crypto transactions are entirely traceable and not anonymous. This is an extremely common misconception amongst most crypto enthusiasts.

The truth is that crypto transactions are indeed more private than normal transactions. However, it is still very possible to crack the identity of the sender and recipient. Along with the destination of said cryptocurrencies.

In the early days, it was possible to use Bitcoin to facilitate anonymous transactions. As a result, Ross Ulbricht was able to make use of this and the murky nature of the deep web to create a business empire.

Known as the Silk Road, Ulbricht made millions selling a variety of illegal substances. And at the centre of it all was Bitcoin. Sellers and customers used it as a medium of transaction. Because of its decentralized nature, tracking down the identity of everyone involved was initially difficult.

However, technology has since advanced and cryptos are no longer anonymous. While there are ways to hide your funds, it is beyond the scope of this article. Visit website of Tezro to read about secure messaging apps that help you keep your privacy and anonymity.

Cryptocurrencies Do Not Exist (Physically)

Okay, this is more of a technicality than anything else. Cryptocurrencies are basically digital assets that exist in the digital realm. So don’t expect to be seeing literal coins anytime soon.

Instead, cryptocurrencies are stored on what is called digital wallets.

These wallets are devices or services that conveniently store your cryptocurrencies for you. They can be divided into two categories:

Hot wallets are the most convenient types of crypto wallets. They are fully online and give you convenient access to your cryptocurrencies.

The majority of hot wallets also allow users to transfer funds from one user to another. If you perform a lot of crypto transactions, hot wallets are a good choice.

But, be aware that crypto wallets are a favourite target of hackers. Hence you should store only a minimal amount of cryptos on such services.

The wallet of choice for true crypto enthusiasts, cold wallets are a safe and effective way to store your cryptocurrencies.

Cold wallets are something of a catch-all term for offline crypto storage. These can range from pen drives and hard disks to a simple piece of paper.

However, the most common type of cold wallet is a hard disk drive. As they are not connected to the internet, they make cyber theft impossible. Also, you can physically secure your cold wallet by storing it in a safe or safe deposit box.

The only con being those cold wallets can make access difficult. And they can be misplaced or stolen.

So there you have it, a selection of must-know crypto basics. Always remember; be careful and be aware when trading these digital assets.

https://www.magpress.com/blog/everything-you-need-to-know-about-cryptos/https://www.magpress.com/wp-content/uploads/2021/05/bitcoin-halving-650x434.jpg2021-05-13T16:36:55+08:00Ronald Unless you’ve been living under a rock, you’ll probably know that cryptocurrencies are taking off in a big way. Bitcoin (BTC), Bitcoin Cash (BCH), Ethereum (ETH), and Ripple (XRP) have all hit record high prices in recent months. As attitudes towards cryptocurrencies begin to change, we can naturally expect interest in cryptos to increase accordingly. […] Ronaldhttps://www.magpress.com/author/admin/Ronald KSYrksy81@yahoo.comAdministratorDedicated and full hearted web developer and website admin for MagPress.com.MagPress.com

← Newer Post
Retrieving Data – How It Is Done and the Significance
Older Post →
Which Big Companies Use WordPress?