How Often Do Progressive Jackpots Hit? 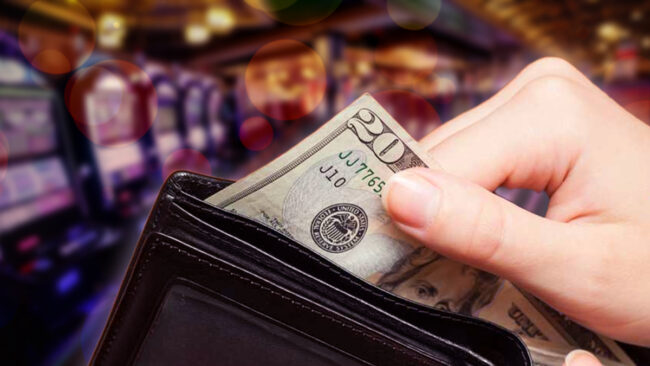 Different level gamblers prefer specific games. As a rule of thumb, veteran players opt to test their luck with table picks such as blackjack because these offer better winning odds, despite their looming prizes not being super attractive. However, lay gaming fans choose to play slots primarily due to their simplicity and looming sizeable win potential.

Their driving concept is a spillover from lottery draws where the prize pool grows each time a jackpot does not get won. The unclaimed rewards get carried over to the next draw and the next one until a lucky player wins the pot. The same thing happens with progressive slots. Their mega-win pool keeps swelling from all the accumulated losing bets until someone hits the desired symbol combo and takes home the jackpot purse, resetting the prize pool to a seed value, allowing it to grow again.

Today, sub-categories of progressive games exist. One such example is Hot Drop Jackpots online. They feature a winner every sixty minutes, and most have up to three top rewards that drop at the end of each hour, provided from a monthly fixed treasure trove. Nevertheless, below, we get into the nitty-gritty regarding how the online gambling sector’s most famous progressive monsters work and if they are worth playing.

Are Progressive Jackpots Worth It?

It depends on how you look at it. The most substantial win ever awarded in the interactive gaming sector got produced by a progressive jackpot slot, Mega Moolah’s Absolootly Mad game. It was a win of close to $20 million, landed by a Belgium gambler on April 27th, 2021, at the Napoleon Sports & Casino. No other online or land-based gambling category of games can yield a single-round reward that comes anywhere close to this figure or others created by the other Mega Moolah titles or alternative progressive monsters from various other providers. Such popular choices include NetEnt’s Hall of Gods and Real Time Gaming’s Aztec’s Millions.

Naturally, the chances of anyone snagging one of these wins worth millions are astronomical, akin to the odds of someone winning a nationwide lottery. Still, the risk is worth it for many, as the potential treasure on the line is truly life-changing.

How to Tell If a Slot Machine Is Progressive

In most cases, progressive jackpot slots will have a meter at the top that indicates the current value of their looming jackpot reward. This number should change, going up every few seconds even if no one is playing the game. That is so because progressive machines and online jackpot spinners tie into a network where all the losing bets from the same slot played at various sites/establishments pile on into the same pool, which anyone playing the game can win, regardless of their location.

At brick-and-mortar venues, jackpot meters are virtually always brightly colored large screens placed above slot machines. In online iterations, they can be off to the side or wherever there is digital real estate to fit them. Many internet progressive slots do not list the sum that can get won on them in-game. This figure is usually available in the titles’ icon displays on the game’s page. It can also get found on third-party websites dealing with the industry’s top running jackpot prizes.

Do You Have to Max Bet to Win Progressive Jackpot?

Often, yes, that is a requirement. Many progressive reel-spinning games have what they call a qualifying bet that players must make to become eligible to win their jaw-dropping reward. It is pretty much always their max coin option.

Luckily, given the nature of progressive slots, these usually do not have a max wager of something like $100 because, in 99% of instances, they are high variance spinners with modest max bets. Some even allow a qualifying wager of around $5 for jackpot eligibility. But, these are usually land-based machines.

Online, it is possible to land a mega prize with only a few cents, as illustrated by British Lance Corporal John Heywood. This Afghanistan veteran won around $16 million in 2015 on Microgaming’s premium millionaire-maker Mega Moolah, playing the game with 25p per spin. Therefore, it can claim a progressive jackpot over the internet without breaking the bank.

What Are the Odds of Winning a Progressive Jackpot?

In truth, not good. Of course, it depends on the game played. However, the range is around fifty million to one to three hundred million to one.

Taking the Mega Moolah slot as an example, since we have mentioned it a few times above, millions of people around the globe play it each day. Most of these gamblers bet on at least fifty to one hundred reel rotations per session. And the game pays out, on average, four to five jackpots per year. Though, in some years, the number of dramatic wins is one or two. So, it is clear that the figure of required spins to claim progressive prizes can be quite sizeable.

There is no argument regarding which games can deliver the most impressive wins in the gambling industry. That honor falls on progressive titles, games that offer prizes, and odds comparable to state and nationwide lotto draws. They are the preferred gaming choice for most casual gamblers, and even experienced ones cannot resist spinning their reels now and again. Because they sometimes also hope to land wins that will make every moment in their lives substantially different from all preceding it.

Those wishing to play these products should know that most require a qualifying bet, and the chance of them landing a mega reward are colossal. That means anyone looking to profit from their gaming fun would be wise to stick to table games or at least play low variance slots that guarantee to pay out low-level prizes regularly.

https://www.magpress.com/blog/how-often-do-progressive-jackpots-hit/https://www.magpress.com/wp-content/uploads/2022/08/Progressive-Jackpots-650x366.jpg2022-08-10T03:23:02+08:00Rayner Kiew Different level gamblers prefer specific games. As a rule of thumb, veteran players opt to test their luck with table picks such as blackjack because these offer better winning odds, despite their looming prizes not being super attractive. However, lay gaming fans choose to play slots primarily due to their simplicity and looming sizeable win […] Rayner Kiewhttps://www.magpress.com/author/rayner-kiew/Rayner Kiewraynerkiew@gmail.comAdministratorMagPress.com

← Newer Post
What Is a Token Price?
Older Post →
What Every Business Should Know About Azure MDM 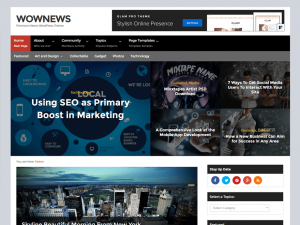