The Right Signs A Guy From Work Is Interested In You

Dating someone from your workplace can be tempting if it’s someone who you enjoy being around or just find them attractive in general. However, trying to date someone from work can end up badly as it can get awkward if you push too hard and find out that person isn’t interested in you. Consider these important signs to look for before asking someone at your workplace to start dating.

Figuring Out If You’re Single

More often than not, co-workers try to find out more about your life by asking about what you do in your free time or do you hang out with them after work. A good sign that someone is interested in you while asking these questions is if they direct them to be about a potential significant other. Those interested in you typically try to ask these questions as they want to know if they have a chance in dating you instead of awkwardly asking and finding out that you’re already taken.

No matter who the woman is, men generally try to get with women by being helpful towards them. Helpfulness can come in different shapes and sizes such as just holding the door open while you’re coming or helping you with an important work assignment that they weren’t even assigned to in the first place. While people sometimes just like to be helpful to anyone in general, it’s a good idea to look into how much they are helping you and how far are they willing to go out of the way to make it happen.

Conversations typically had with co-workers can be over small daily happenings that generally people won’t remember a day or two later. However, someone who is more interested in you might try to remember all of the details of conversations they are having with you since they want to impress you later on. Many people are impressed by others who can remember details from conversations as it shows that person is truly interested in what they have to say, making them a good person to keep having conversations with. To test this theory out with guys who simply don’t just repeat the details of a conversation, you can pretend that if you are trying to think back to an important detail you had and ask them for help. If the guy you are interested in can keep retelling parts of those conversations, you might have a guy on your hands that you can go out with.

Having a friendly co-worker relationship can be useful in dealing with daily work while not stressing out too hard but people like to have a barrier once they are off work. Someone who might be more interested in someone from work could try to grab their phone number so they can talk more or simply go out to have fun with one another. If the guy you are interested in wants to talk to you outside of work, that’s a very good sign that they are open enough to go out on a date with you.

When men are trying to go out with someone, they don’t just try to impress them with what they know and do but try to compliment the other person. Compliments can come in different forms like congratulating on the good work they have been doing recently or say that they have liked what someone has been doing recently like getting a new haircut or tattoo. Friends typically try to compliment each other but look into how much the other person is complimenting as that will be a good sign that they are interested in you.

https://www.magpress.com/blog/the-right-signs-a-guy-from-work-is-interested-in-you/https://www.magpress.com/wp-content/uploads/2020/11/The-Right-Signs-A-Guy-From-Work-Is-Interested-In-You.jpg2020-11-25T09:37:26+08:00Ronald Dating someone from your workplace can be tempting if it’s someone who you enjoy being around or just find them attractive in general. However, trying to date someone from work can end up badly as it can get awkward if you push too hard and find out that person isn’t interested in you. Consider these […] Ronaldhttps://www.magpress.com/author/admin/Ronald KSYrksy81@yahoo.comAdministratorDedicated and full hearted web developer and website admin for MagPress.com.MagPress.com 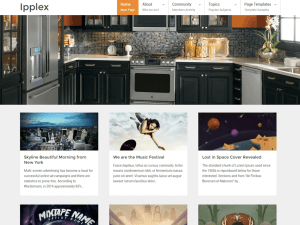 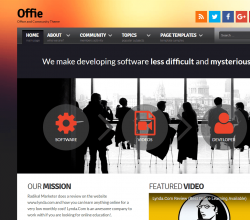